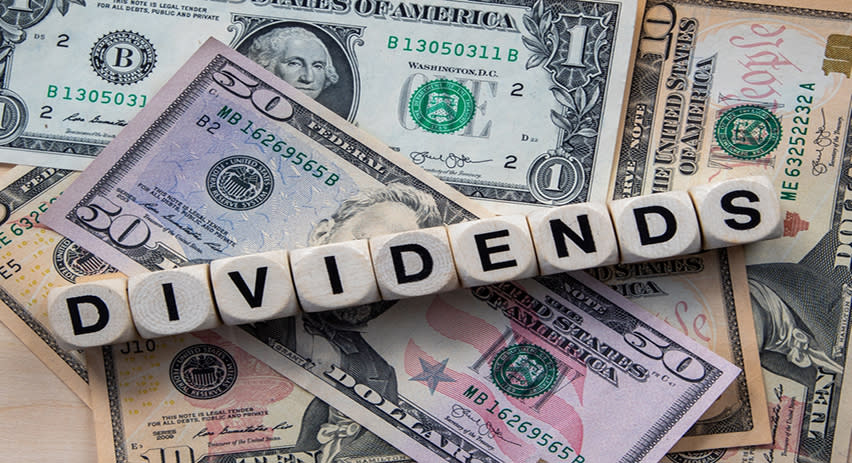 We’re closing in on two weeks since Russian forces invaded Ukraine, starting Europe’s largest land war since 1945. So far, the Western nations have avoided commitments to oppose Russian arms directly, and have responded by sending munitions and humanitarian aid to Ukraine while instituting sanctions against Russia. The situation is complicated by Russian’s position as a major producer in the global energy markets, and Europe’s increasing reliance in the past decade on Russian natural gas exports.

For the financial markets, the immediate effect of the war was to spark off a round of increased volatility. In this environment of uncertainty, investors are starting to look for financial ‘safe havens,’ somewhere to put their money that will weather the current storm. According to David Kostin, chief US equity strategist for Goldman Sachs, the logical place to look is among the high-yield dividend stocks.

In a recent note, Kostin lays out his belief that the S&P companies will work to attract nervous investors this year by paying out richer stock dividends. This effect, in his view, will be most pronounced in the energy sector, where rising crude oil prices will make up for supply chain snarls or production backups. Overall, Kostin sees the S&P companies showing 10% dividend growth year-over-year for 2022, up from his previous prediction of 8%.

But the Ukraine war and its impact on the energy trade is not the only factor to support dividends. “High dividend yield and high dividend growth stocks also typically outperform during periods of high inflation and currently trade at attractive valuations,” Kostin added.

With this in mind, we’ve used TipRanks’ database to seek out three stocks whose profile justifies the entry risk in today’s unsettled conditions. All three are backed by several analysts, enough to earn a “strong buy” consensus rating. And better yet, for income-minded investors, all three of these stocks show high and reliable dividend yields. Let’s take a closer look.

First up is Valero Energy, a major player in the market for refined oil products. In fact, Valero is the world’s largest independent petroleum refiner and the second-largest producer of renewable fuels. The company’s products include gasoline and kerosene, jet fuel, diesel oil, and lubricating oils, as well as non-fuel petroleum derivatives like asphalt. While political pressures are pushing the industry toward renewable fuel products, Valero’s strong position in that market provides the company with a degree of protection from pricing pressures.

The upshot of this is that Valero’s stock has been rising in the difficult environment of recent months. The shares hit their bottom last August, and are up 46% since then. They have found support from both rising revenues and rising earnings.

These strong results supported a vigorous policy of returning profits to shareholders. In Q4, the company paid out $401 million in dividends, and returned $1.6 billion for all of 2021. For the full year, this came out to 50% of the net cash flow from operations.

Valero’s current dividend payments stands at 98 cents per common share. The last declaration, made in January, was paid out early this month. At the current rate, the dividend annualizes to $3.92 and gives a yield of 4.5%. The company has a 9-year history of maintaining, and slowly increasing, the dividend payment.

In coverage for Raymond James, 5-star analyst Justin Jenkins is crystal clear that Valero has solid prospects ahead. He writes: “We believe Valero remains extremely well-positioned to capitalize on the continued improvement in global refining margins/demand, especially as the ripple effects of the global natural gas price surge add to the advantages of VLO’s portfolio. The company’s disciplined strategy in recent years has positioned VLO at the forefront of top-tier refining operations, while the footprint in both renewable diesel and now carbon capture is well ahead of energy industry peers. We think both trends represent a further ‘re-rate’ story for the stock, while the broader macro lurches even further toward the U.S. refining industry’s favor.”

In line with these comments, Jenkins rates VLO shares a Strong Buy, and predicts a price target of $104, for a 21% one-year upside. Based on the current dividend yield and the expected price appreciation, the stock has ~25% potential total return profile. (To watch Jenkins’ track record, click here)

Overall, the bulls are running for Valero Energy. The stock has picked up 11 positive reviews from Wall Street’s analysts, for a unanimous Strong Buy consensus. Meanwhile, the $98.09 average price target suggests an upside potential of 14% going forward. (See VLO stock analysis on TipRanks)

Next up is the French-based energy giant TotalEnergies. As the name suggests, TotalEnergies operates in more than just oil and gas. While hydrocarbon exploration and extraction make up a large part of the company’s operations, Total is also deeply involved in transport and refining of crude oil and natural gas, as well as their distillates, and other petrochemical products. The company is also a major power producer, and a leading player in the European chemical manufacturing industry.

Rising prices throughout the hydrocarbon sector in the past year have been a huge boon to producers, and TotalEnergies is no exception. The company has seen its earnings rise from just 2 cents per share in 2Q20 to $2.55 per share in 4Q21 – for six consecutive quarters of sequential EPS growth. Top line results have been solid, too. At $55.2 billion, revenues were up 70% year-over-year, and like EPS, revenues have shown 6 quarters of sequential growth.

TotalEnergies pays out its dividend in Euros, and has kept it constant at 66 Euro cents per common share for the past 10 quarters. Adjusting for exchange rates can cause the payment to shift slightly in USD equivalent; the most recent payment, came to 74.8 cents US. At an annualized rate of $2.99 per common share, TotalEnergies’s dividend yields 6%.

Analyst Ryan Todd covers TTE for Piper Sandler, and he sees the company in a sound position to keep paying out high dividends. Explaining this view, he writes, For the second quarter in a row, TotalEnergies demonstrated its advantaged exposure to the current energy environment, reporting a strong 4Q beat, driven primarily by a robust iGRP performance, led by Total’s leading LNG positioning. Despite higher-than-expected organic capex that more than offset a CFO beat (FCF $4.7B vs. PSC $6.6B), we continue to see a material acceleration in FCF and likely upside to shareholder distributions in 2022.”

Backed by these comments, Todd sets an Overweight (i.e. Buy) rating on TTE shares. His price target, at $72, suggests an upside of 46% in the next 12 months. (To watch Todd’s track record, click here)

Are other analysts in agreement? They are. Only Buy ratings, 4 to be exact, have been issued in the last three months. Therefore, the message is clear: TTE is a Strong Buy. Given the $74.1`0 average price target, shares could surge ~51% in the next year. (See TTE stock analysis on TipRanks)

Now let’s shift gears, and move over to an industrial stock. Amcor produces packaging, the ‘stuff’ that the world’s finished products are packed into for shipping and sales. Amcor works in over 40 countries and has a global reach, providing packaging for everything from pet care products to the food and beverage industry.

While the supply chain disruptions of the past year have put a headwind in Amcor’s way, the overall economic opening has given Amcor an hefty boost. Revenues are up year-over-year, and earnings have matched or beaten estimates in each of the past four reported quarters.

That most recent report, for the first half of fiscal year 2022, showed net sales of $6.9 billion for the six months ending on Dec 31. This was up 12% from the previous half-year. EPS for the half matched the forecasts, at 36 cents, and was up 20% from the 30 cents reported in fiscal 1H20.

While Amcor reports by halves, it pays the dividend quarterly – and has a 2-year history of reliably keeping up the payments. This includes the whole of the pandemic crisis, during which Amcor not only continued the payments, but importantly did not reduce the dividend. That dividend, at 12 cents per common share, annualizes to 48 cents – and yields a strong 4.2%.

BMO’s 5-star analyst Mark Wilde is upbeat about this industrial stock, writing: “We like AMCR. It is focused on mix management and has identified priority segments, including protein, healthcare, coffee, pet food, and hot-fill beverage. Rigids should return to earnings growth in F2H. AMCR is not ‘cheap’ at 11.7x F2022E EBITDA. However, capital returns are ramping up, it has a hefty dividend yield, and the balance sheet is strong.”

Wilde’s stance is supported by an Outperform (i.e. Buy) rating on the stock, and his $14 price target shows his confidence in a one-year upside of 24%. (To watch Wilde’s track record, click here)

This stock hasn’t managed a unanimous Strong Buy consensus rating – but the analysts do line up 3 to 1 in favor of the Buys over Holds. The shares have an average price target of $13.09, which implies an upside of ~16% from the current trading price of $11.29. (See AMCR stock analysis on TipRanks)

Disclaimer: The opinions expressed in this article are solely those of the featured analysts. The content is intended to be used for informational purposes only. It is very important to do your own analysis before making any investment.