Pay or Burn: An Italian Mafia’s Message to Businesses 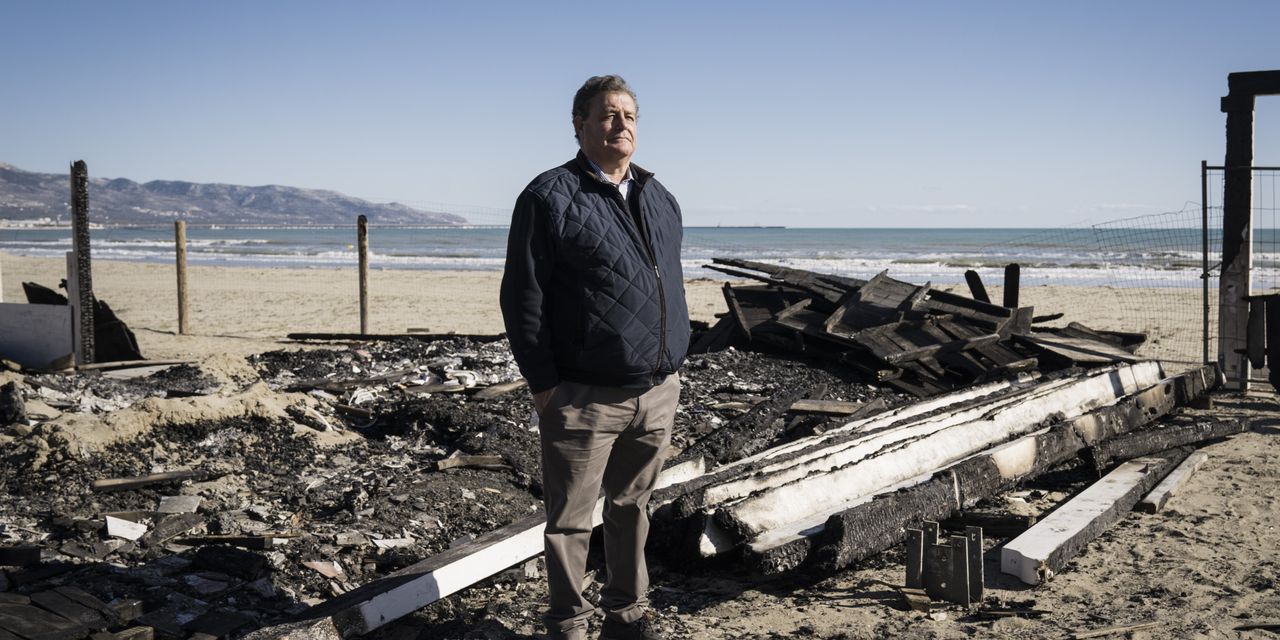 FOGGIA, Italy—On a November morning, Gianpaolo Romano found an unsigned letter under the glass entrance of his car showroom in this south Italian province known for its pristine beaches, vast tomato fields and, these days, a ruthless local mafia.

The message said he had to pay €250,000, equivalent to $286,000, to be safe. It didn’t say to whom he had to pay the pizzo, or protection money, but that he should find them himself. They knew his habits and where his family lived, the letter said. It was the first time he had received such a demand.

Mr. Romano and his two brothers, who co-own the family business founded in 1964, decided not to pay, and to report the threat to the police.

At dawn on Jan. 4, a bomb mixing gunpowder with nails and bolts blew out all of the showroom’s windows, badly damaged three cars on display, and left holes in the metal shutter of the store opposite.

“We don’t regret reporting it, even though we don’t feel safe now,” Mr. Romano said.

The blast at Mr. Romano’s showroom inaugurated a series of attacks previously unseen in the Foggia province, in the southern region of Puglia, the heel of the boot-shaped Italian peninsula.

Fourteen shops or businesses have suffered bomb or arson attacks since the start of this year, according to Foggia’s anti-extortion association.

The wave of violence marks an attempt by Foggia’s mafia to reassert its power, after a crackdown by Italian authorities in recent years led to the arrest of hundreds of local Mafiosi, said judicial officials and business owners.

The local mob, which has been active in the area for three decades, is often referred to as the Fourth Mafia, because it is smaller and less notorious than the Sicilian Cosa Nostra, the ’Ndrangheta from Calabria or the Camorra from Naples.

Pending criminal trials in Foggia have grown to more than 12,000, compared with 9,700 four years ago, largely thanks to the authorities’ mob crackdown, said Foggia’s Chief Prosecutor Ludovico Vaccaro.

Puglia is one of the richer regions in southern Italy. But Foggia, with its mafia problem, is one of the poorest parts of Puglia.

Unemployment in Foggia runs at 25%, one of Italy’s highest rates and roughly double the rest of Puglia. Many people have only seasonal jobs in tourism or the large tomato and wheat fields. The young often emigrate to Italy’s wealthier north or abroad. Over the past 20 years, Foggia’s population has declined by 13% to 600,000.

Extortion has been the local mob’s mainstay, to the point that 80% of Foggia’s business were believed until recently to be paying the pizzo, said Antonio Laronga, a Foggia magistrate and author of a book about the local mafia. Few ever report demands for protection money to the police, magistrates say.

“We even found that some entrepreneurs spontaneously contacted the mob and offered to pay,” said Mr. Laronga.

But the Fourth Mafia also smuggles via Albania most of the marijuana that enters Italy, said Mr. Laronga, and has often robbed security vans on highways, armed with Kalashnikovs.

The Fourth Mafia suffered major setbacks beginning in 2017. In August that year, two local Mafiosi, including clan boss Mario Romito, were killed on a country road near the village of San Marco in Lamis by rival gangsters who drove up alongside their car and opened fire with Kalashnikovs. It was the latest in a string of killings in a feud between the Romito clan and the rival Li Bergolis family, according to Mr. Laronga.

Two farmers, who saw the August shooting and tried to run away, were pursued by the killers and shot dead.

The slaying of the two witnesses shocked the province and led to a crackdown by Italian authorities, including investigations by specialist anti-mafia prosecutors. A small number of Mafiosi turned informants, helping prosecutors to build their case, according to magistrates.

Hundreds of suspected mobsters were arrested in the following years, including 32 in December last year, on charges ranging from extortion and drugs and arms trafficking to membership in a mafia organization.

But the Fourth Mafia is fighting back. The wave of recent attacks on local businesses, showing a ferocity not seen before, show that the mob is trying to re-establish the climate of fear that allowed it to dominate the province for years, prosecutors and business owners say.

“I think it is a sign of their vitality,” said Foggia’s chief prosecutor, Mr. Vaccaro. “We have put a lot of pressure on them, but they are still very active. I am worried.”

Law enforcement in Foggia is chronically understaffed for the amount of crimes committed in the area, Mr. Vaccaro said. His team of 25 prosecutors needs more recruits, but it is hard to persuade people to apply for jobs here, he said.

In mid-January, as the bombings and arson attacks multiplied, Italy’s Interior Minister

held an emergency meeting in Foggia with local police chiefs, prosecutors and business owners. “The state needs to make its presence felt in a strong, decisive and united way,” Ms. Lamorgese told the meeting. She promised to send an additional 50 police officers to Foggia.

First, business owners receive a demand for protection money. If they ignore or report it, then a few weeks later their business is burned down or bombed, according to Alessandro Zito, president of Foggia’s anti-extortion association, a group created in January to support entrepreneurs.

A hairdresser from the area said he received the first request for a €250,000 “insurance” payment in October. He ignored it, hoping it was a sick joke. A few days later, he received a second, identical written request.

In mid-January, a bomb exploded at the entrance of his hair salon, setting fire to furniture and hair sprays inside, and gutting the salon. Rebuilding it will cost up to €160,000, the owner estimated.

More entrepreneurs have reported mob threats to the police, but many others opt to keep quiet and pay the pizzo.

“I am sorry to say this, but people here have not been very collaborative,” said Mr. Vaccaro.

Farmer Lazzaro D’Auria is among those who refuse to bow to the mob.

In 2017, he said, he was alone in one of his tomato fields when he was surrounded by 10 Mafiosi. Over the previous two years he had repeatedly refused to meet the mafia’s demand for an annual pizzo of €200,000, Mr. D’Auria said.

The men threatened to harm him and his family, he said, but lowered their demand to €150,000 a year. He reported them to the police.

Since then he has lived under police protection. He testified in a trial, where five of the Mafiosi who threatened him were convicted. But the mob didn’t forget him. Over the past six years, he has suffered six bombings, 15 robberies and vandalism of his farm machinery, he said.

“In the beginning I thought about shutting the business,” Mr. D’Auria said, while three policemen in casual clothes watched over him from a few yards away. “But then I said to myself: Why on earth do I have to throw away everything I have created in 25 years?”

In some cases, the clans have attacked businesses with no warning or demand for money. Prosecutors say such tactics are part of the mob’s effort to show their power and reassert their control of the area.

“All the attacks are an advertising spot to show that they are still alive, still present, a sort of marketing tool,” said Mr. Laronga.

In other cases, minor vandalism sends a hint that an entrepreneur should seek out the mafia and pay for protection. Refusal is followed later by fire.

Such was the experience of Dario Melillo whose beach resort was destroyed by an arson attack in late January. The only previous hint that the mafia was targeting him emerged last summer, when someone cut holes in the resort’s plastic water tanks, he said. He reported it to the police.

“My only ambition was to be able to work in an honest way,” Mr. Melillo said, amid the still-smoking rubble of his beach resort. “This isn’t a message only for me, it is for everybody in this land.”