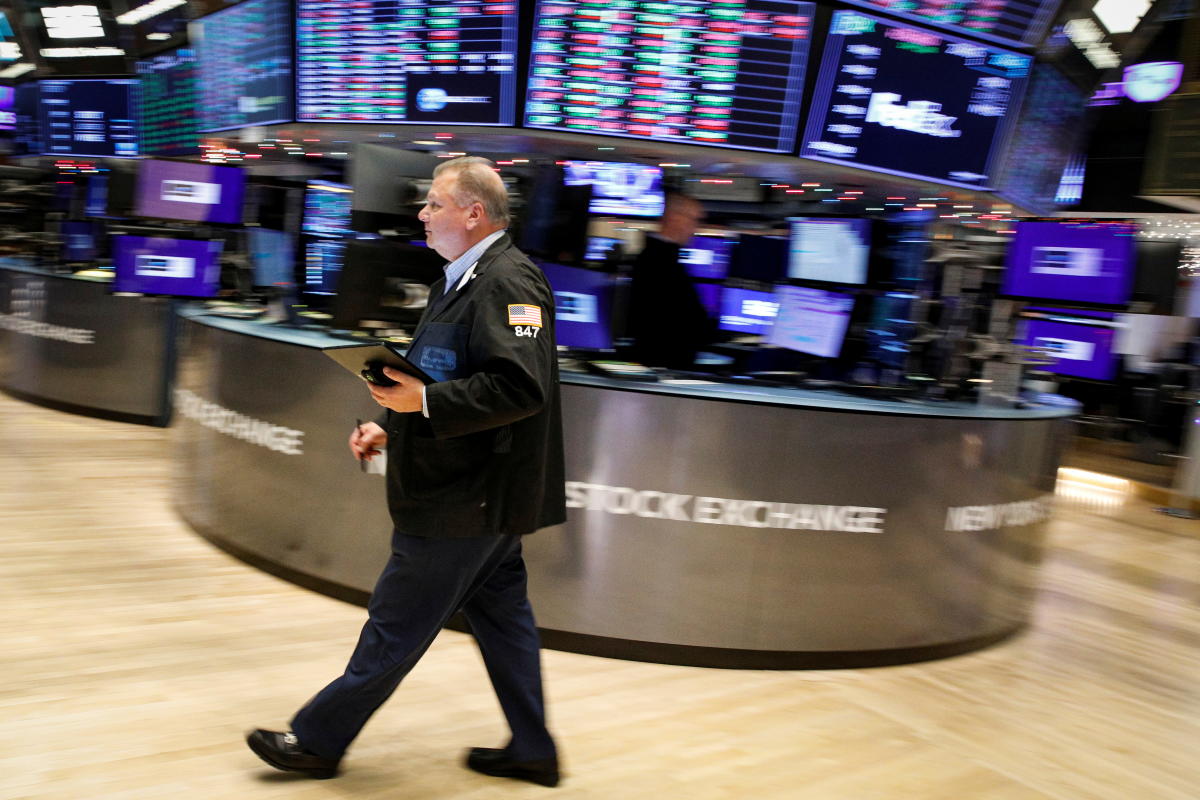 Stocks jumped on Tuesday to extend gains from earlier this week, with volatility stemming from concerns about the Omicron variant at least momentarily abating.

The Nasdaq outperformed against the S&P 500 and Dow, rising 3% in intraday trading. The S&P 500 and Dow also moved sharply higher, however, with gains of 2.2% and 1.6%, respectively. The Dow’s 1.9% move higher on Monday had been its best since March.

More upbeat commentary and preliminary data suggesting the Omicron variant may not produce as severe of infections as previously feared helped boost markets over the past couple sessions. And elsewhere, renewed commitments by Chinese economic officials to focus on policies that would boost economic growth helped fuel global risk assets. Earlier on Monday, the People’s Bank of China cut its reserve requirement ratio for banks in the region, easing monetary policy at a time when many other global central banks including the U.S. Federal Reserve have been starting to move toward rolling back highly accommodative policies.

Dr. Anthony Fauci, director of the National Institute of Allergy and Infectious Diseases (NIAID), told CNN on Sunday that “thus far it does not look like there’s a great degree of severity” to the Omicron variant relative to prior mutations of the virus. And pharmaceutical company GlaxoSmithKline said that preliminary data showed its coronavirus antibody treatment remained effective against the “full combination of mutations” present in the Omicron variant, according to a statement Tuesday.

The CBOE Volatility Index (^VIX) decreased to just below 24 as investors assessed the risks of the Omicron variant in light of new remarks. This brought the so-called “fear gauge” down from its peak of more than 35 on Friday, or its highest level since January.

“The level of volatility is somewhat logical here because a lot of this started prior to the Omicron variant really emerging. We knew that [Fed Chair Jerome] Powell was changing course in terms of his policy actions, he was speaking more hawkishly. Markets were already in the process of re-pricing a bit,” Jim Caron, Morgan Stanley Investment Management fixed income portfolio manager, told Yahoo Finance Live on Monday.

“I know after Thanksgiving [news about Omicron] came out and that created a pretty big volatile event, but I think the initial conditions where valuations were pretty full, we knew the Fed was starting to change course and starting to tighten financial conditions a bit, and that’s going to mean that asset prices are going to have to reprice,” he added. “You start to get somewhat of a perfect storm when you add a health risk.”

While technology stocks outperformed on Tuesday, the move comes after weeks of these names lagging the broader market as expectations for a monetary policy shift increased in the U.S.

Alongside concerns of the Omicron variant, investors have also been ascertaining when and how robustly the Federal Reserve will move to accelerate its asset-purchase tapering program and raise interest rates from their current near-zero levels as inflationary pressures continue to mount. On Friday, the Labor Department is set to release its November Consumer Price Index (CPI), which is expected to show the fastest year-over-year rise in core consumer prices since 1991, at a 4.6% annual gain.

“Tech and growth stocks are the longest-duration assets, which means they’re going to be the most negatively impacted in valuation by any bump up in inflation which would take interest rates up,” Paul Meeks, portfolio manager for Independent Wealth Solutions Management, told Yahoo Finance Live. “But on the other hand, what the Fed is doing and is even talking about doing, which is going from accommodative to more restrictive monetary policy, is a known.”

The U.S. trade gap narrowed to $67.1 billion in October, the Commerce Department said Tuesday, marking the lowest in six months. Consensus economists were expecting a deficit of $66.8 billion, according to Bloomberg consensus data. September’s trade deficit was revised up to a record high of $81.4 billion from the $80.9 billion previously reported.

“The 8.1% m/m surge in exports in October means that net trade is on course to add about 1 [percentage point] to fourth-quarter GDP growth, which we think will be 6.5% annualized, and provides more evidence that global supply chain bottlenecks have started to ease,” Andrew Hunter, senior U.S. economist for Capital Economics, wrote in a note.

One major financial firm is planning to launch an exchange-traded fund (ETF) focused on meme stocks popular with investors on social media platforms.

Roundhill Investments is aiming to list its Roundhill MEME ETF (MEME) on Wednesday, Bloomberg reported, citing the firm’s CEO Will Hershey. This fund would track the Solactive Roundhill Meme Stock Index, which picks members depending on social media and short interest for its portfolio. As of Monday, the index’s holdings comprised stocks including AMC Entertainment, Beyond Meat, Virgin Galactic Holdings, Roblox and Bed Bath & Beyond.

Here’s where markets were trading just after the opening bell:

At that time, Robert Isom, current president of American, will succeed Parker as CEO. Parker will continue to serve as Chairman of American Airlines’ board of directors.

“I have worked with Robert for two decades and I am incredibly pleased that he will be the next CEO of American Airlines, which is truly the best job in our industry,” Parker said in a statement. “We are well-positioned to take full advantage of our industry’s recovery, and now is the right time for a handoff we have planned and prepared for. I feel extremely fortunate to hand the reins to this clear and capable leader.”

Shares of American Airlines gained more than 3% in early trading, adding to Monday’s nearly 8% gain amid a broad recovery in travel stocks.

Here were the main moves in markets in late trading on Monday: