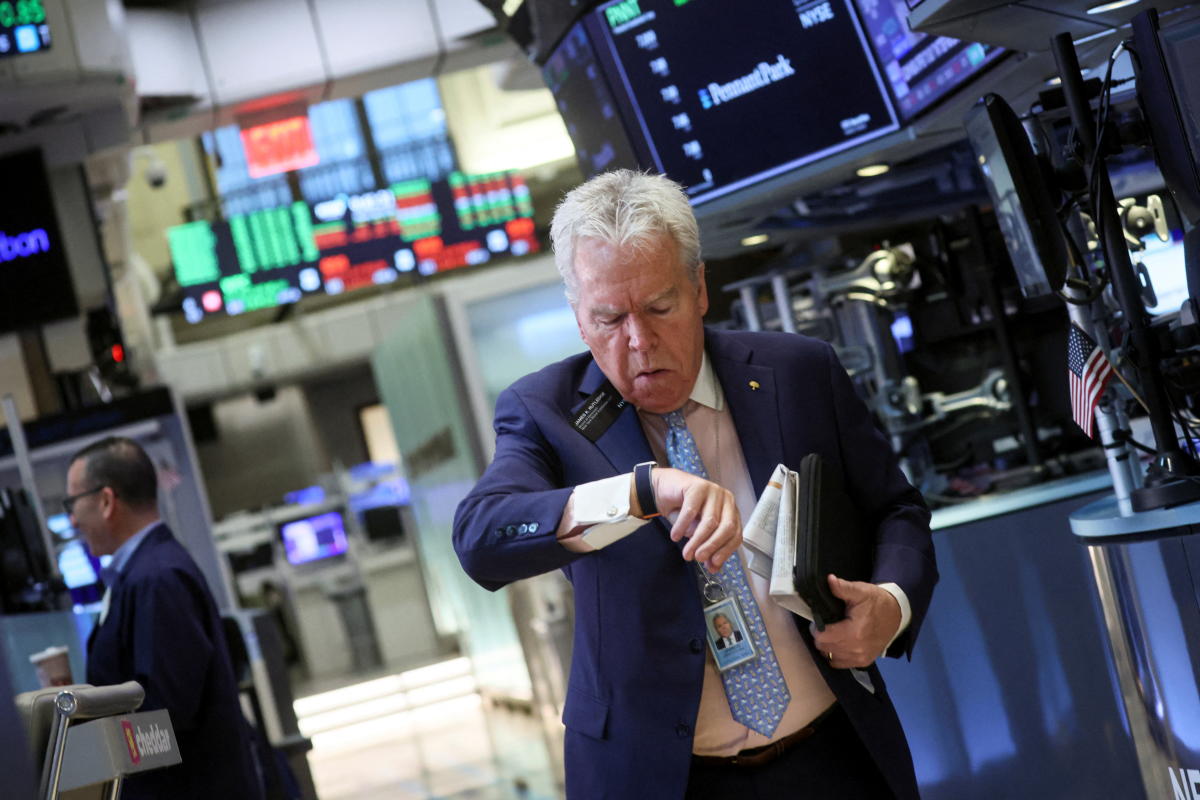 U.S. stocks rallied Tuesday as investors assessed a deluge of earnings reports for clues on how corporate America has fared against a backdrop of war in Eastern Europe and rising inflationary pressures.

The S&P 500 rose 1.3%, on pace for its best day in three weeks, and the Dow Jones Industrial Average jumped nearly 400 points. The tech-heavy Nasdaq Composite was up 1.7% after settling at a one-month low on Monday along with the S&P 500. Meanwhile, Treasury yields continued their climb, with the 10-year U.S. benchmark hitting 3% for the first time in three years.

The International Monetary Fund (IMF) said Tuesday that the global economic recovery will “slow significantly” this year due to Russia’s invasion of Ukraine. IMF officials downgraded their forecasts for economic growth, projecting global GDP will rise 3.6% in 2022 (a downgrade from January’s projection of 4.4%) and another 3.6% in 2023 (also a downgrade from the last projection of 3.8%).

“This crisis unfolds while the global economy was on a mending path but had not yet fully recovered from the COVID-19 pandemic,” said IMF Economic Counsellor Pierre-Olivier Gourinchas.

Quarterly results from 69 companies in the S&P 500 are in the queue for investors to digest through Friday. Big names on the docket of earnings set for release this week include United Airlines (UAL), American Express (AXP) and Tesla (TSLA).

Netflix (NFLX), which is slated to report quarterly earnings after market close Tuesday, will provide investors insights into whether subscriber growth at the streaming service has slowed down post-COVID-19.

As of Monday, 53% of 34 S&P 500 companies (comprising 10% of index earnings) that have reported so far beat on both sales and earnings per share, Bank of America’s research team pointed out, slightly better than the typical Week 1 beat rate of 47% and last quarter’s Week 1 rate of 50%. The institution expects a first quarter EPS beat of 4% but anticipates downside risks to the full year 2022 estimates, which imply earnings accelerating every quarter into next year.

“Pressure on profit margins from higher costs for virtually everything, notably labor, materials, and transportation, made this quarter difficult to navigate,” LPL Financial strategists Jeff Buchbinder and Ryan Detrick said in commentary Monday. “Add spillover from the Russia-Ukraine conflict and intermittent COVID-19 lockdowns in China, and companies’ bottom lines are getting hit from several directions.”

“Despite the tough environment, we believe the odds favor companies beating estimates as they have done historically on the back of double-digit revenue growth,” Buchbinder and Detrick added. “High inflation translates into more revenue so earnings can grow at a solid pace even with some narrowing of profit margins.”

Contrary to BofA, research from FactSet suggests that although analysts have tempered their expectations on first quarter earnings, lowering bottom-up EPS forecasts in aggregate for Q1 by 0.7% from $52.21 to $51.83, EPS forecasts for the second, third, and fourth quarters are higher. Earnings estimates for all of 2022 have also risen 2.2% this year to $228.50 per share.

“The number one takeaway for investors should be to watch how your stock reacts more than the news,” Heritage Capital President Paul Schatz told Yahoo Finance Live. “If your stock rallies on bad news, that’s a pretty good sign the markets have absorbed and digested and have priced in the bad news.”

Here were the main moves in markets during intraday trading:

Netflix (NFLX) is set to report quarterly after market close. Investors are bracing for a further growth slowdown amid the company’s exit from Russia and as its key North American market grows increasingly saturated.

Wall Street expects Netflix will report revenue of $7.95 billion for the fiscal first quarter, earnings per share of $2.91, and net subscriber additions of 2.51 million.

If realized, new subscribers of 2.51 million would represent the smallest quarterly addition for Netflix since the second quarter of 2021. Subscribers grew by nearly 4 million in the same quarter last year, and in total, Netflix had more than 220 million global subscribers as of the end of last quarter.

Netflix has been grappling with slowing user growth for much of the past year, with new users slowing to a trickle after a pandemic-fueled surge in sign-ups. But further exacerbating this slowdown will be Netflix’s exit from Russia in early March, which came following the country’s invasion of Ukraine earlier this year. Cowen analyst John Blackledge estimated Russia comprised about 1 million subscribers for Netflix.

Here’s where the main indexes were trading during Tuesday’s opening bell:

The International Monetary Fund (IMF) said the global economic recovery will “slow significantly” this year due to Russia’s invasion of Ukraine.

The IMF downgraded growth prospects in Eastern European countries but also warned that countries around the world will be affected by the disruption to commodities markets as a result of the war. The international body now expects global GDP, a measure of economic growth, to rise 3.6% in 2022 (a downgrade from January’s projection of 4.4%) and another 3.6% in 2023 (also a downgrade from the last projection of 3.8%).

“This crisis unfolds while the global economy was on a mending path but had not yet fully recovered from the COVID-19 pandemic,” said IMF Economic Counsellor Pierre-Olivier Gourinchas.

Russia saw the largest downgrade in the IMF report, with the country’s economy now expected to contract by 8.5% this year (compared to the 2.8% growth it had projected prior to the invasion).

Permits for future homebuilding increased 0.4% to a rate of 1.873 million units last month.

The 30-year fixed-rate mortgage averaged 5.0% during the week ended April 14, the highest since February 2011, up from 4.72% in the prior week, per mortgage finance agency Freddie Mac. Further increases are expected as the Federal Reserve moves forward on its monetary tightening plans.

Here’s how the main benchmarks fared in pre-market trading Tuesday:

Here were the main moves in markets heading into overnight futures trading Monday: