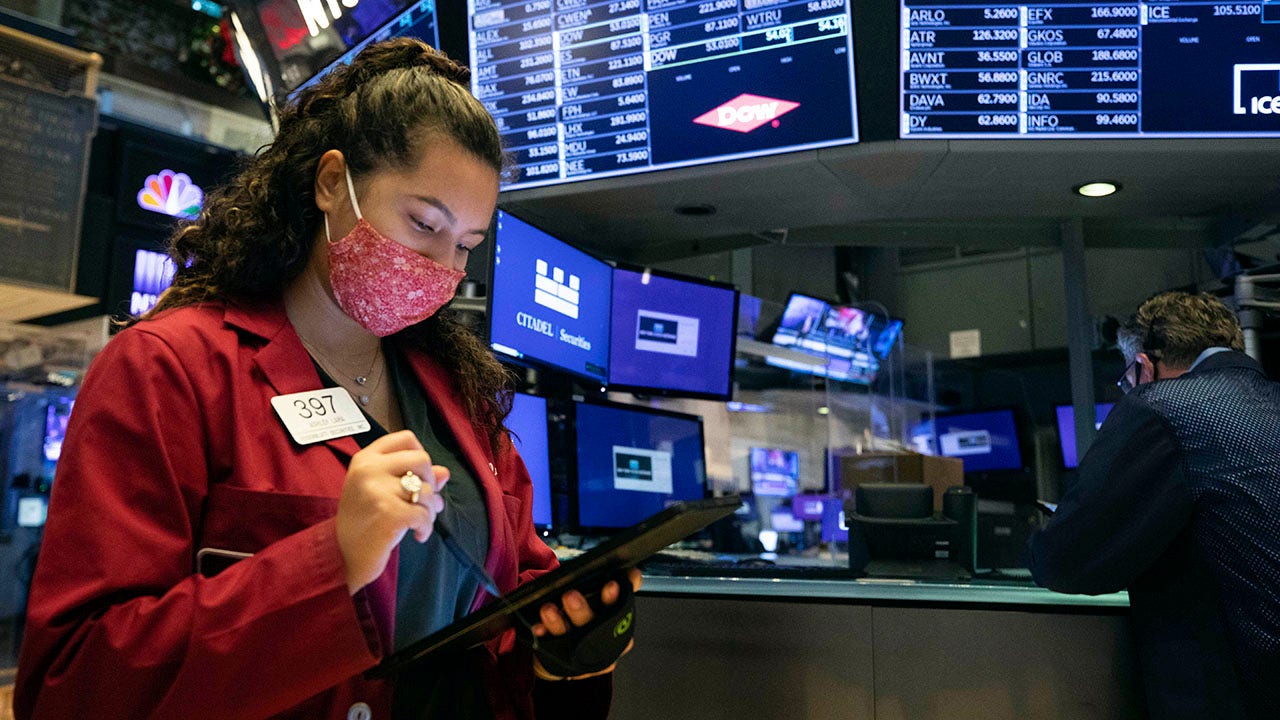 Check out what’s clicking on FoxBusiness.com.

U.S. stocks finished in the red Tuesday, dragged down by Big Tech names, after the latest reading on wholesale inflation came in hotter than expected.

The producer price index increased 9.6% in November over the previous year and 0.8% on a monthly basis, according to data released Tuesday by the Bureau of Labor Statistics.

The latest inflation check came as the Federal Reserve kicked off its two-day policy meeting on Tuesday. The central bank is expected to initiate a faster tapering of its bond-buying program and signal it will raise interest rates next year in an effort to mitigate inflation. Investors will be watching closely to see how the Fed’s tapering plans are impacted by the spread of the omicron variant and a recent uptick in COVID-19 cases.

On the economic data front, the National Federation of Independent Business’ small business optimism index jumped to 98.4 in November from a six-month low of 98.2 in October.

The number of small business owners who expect better conditions over the next six months fell one point in November and 18 points in the past four months to the lowest reading since November 2012, and the net percentage of owners raising their selling prices increased six points to 59% on a seasonally adjusted basis, the highest reading since October 1979.

After the bell, investors will be watching earnings from Lulu’s Fashion Lounge.

In other market news, Tesla shares rebounded slightly after dipping 1.55% on Tuesday following another stock sale by CEO Elon Musk on Monday. Musk also said Tuesday that Tesla will begin accepting Dogecoin as payment for some products, causing the cryptocurrency to soar more than 23%.

“Tesla will make some merch buyable with Doge & see how it goes,” he tweeted.

After being under pressure early in the day Tuesday, meme stocks GameStop and AMC also bounced back at the end of the session, up more than 7% and 4%, respectively.

Shares of Beyond Meat also rallied 9% on Tuesday after the plant-based meat producer’s stock received an upgrade from Piper Sandler to “neutral” from “underweight.”

The 10-year Treasury yield also rose to 1.437%, snapping a three-day streak of declines.