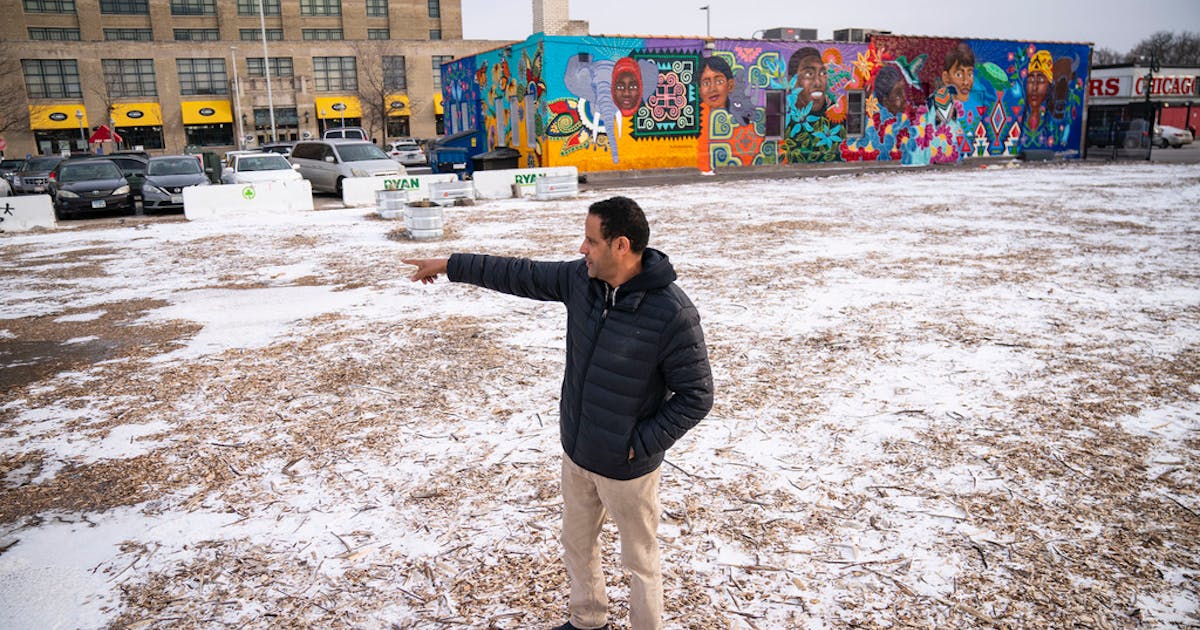 Minnesota legislators gathered in front of what had been Faisal Demaag’s furniture store a few weeks after George Floyd’s killing. Against a backdrop of crumbled brick and bent metal, they pushed a plan to send money to vandalized and destroyed businesses in a matter of weeks.

A year and a half later, Demaag’s family business and other Twin Cities properties damaged by unrest have yet to get any state grants or loans. But organizations charged with giving out the government dollars in Minneapolis said that will change early next year.

The more than $20 million coming to Minneapolis and $7 million for St. Paul will land in communities that are at a different phase of rebuilding than they were when Democratic legislators first proposed a $300 million unrest aid package shortly after the destruction. But the need for state help hasn’t faded, say business owners, foundations and community groups, and they are calling for legislators to pass another round of funding in 2022 given the state’s massive projected $7.7 billion budget surplus.

“The $20 million, the way I look at it, there’s a lot of businesses that got hurt and I don’t think that’s enough. Maybe it gets us in the right direction, but we need more support,” said Demaag, whose family ran the Minneapolis store at the corner of Chicago Avenue and Lake Street for 27 years. “If we want Lake Street to come back as a cultural district, everyone needs to help us.”

More than 1,500 businesses suffered an estimated $500 million in damage as fires flared, windows were smashed and buildings looted in the days after Floyd’s murder. Many of the business owners lacked insurance or were underinsured. In the immediate aftermath, community groups and foundations donated to the rebuilding effort, absent any state or federal assistance.

“Had we only waited for government funding to come through, most of the businesses that are alive today would not have survived,” said Russ Adams with the Lake Street Council, which raised $12 million for a recovery grant program. “They were hanging on by their fingertips.”

Three Minneapolis communities will be eligible for the state dollars: the Lake Street corridor, West Broadway in north Minneapolis and the area around 38th Street and Chicago where Floyd was killed. The money can be used for a range of needs, from repairing property and construction to engineering, design and site amenities.

Buildings that weren’t directly damaged by riots but contribute to the economic stability and recovery of those communities could also qualify for the money, said Kate Speed with Local Initiatives Support Corporation Twin Cities, which is working with the Minneapolis Foundation and Propel Nonprofits to distribute the money in Minneapolis.

In each of those areas, groups of city and nonprofit staff, business district officials and local business owners have been coming up with priorities for the millions, Speed said. They will make recommendations about who should get the cash, she said, but the three organizations will have the final say.

The prolonged delay in the state dollars has frustrated business owners who need help and prompted questions from others about whether they should continue to invest in those neighborhoods, Speed said.

“We’ve heard from a bunch of folks that they don’t know if they are going to stay or leave,” she said. “So starting to see visually some momentum around the rebuild in the cultural districts is really, really important.”

Minneapolis Foundation officials did not have a firm estimate of when businesses will start getting the money, but said it could be as soon as January.

In St. Paul, the Saint Paul & Minnesota Foundation is in charge of the $7 million from the state. Foundation staff said the assistance won’t go out in that city until the second half of next year because they are reworking their system for giving out grants.

The total state dollars are a dramatic departure from the hundreds of millions Democrats originally envisioned.

The DFL-led House and Republican-controlled Senate spent more than a year battling over riot repair financing before landing on a compromise sum that is part of a broader “Main Street Economic Revitalization” program. It requires businesses to cover 70% of their costs through fundraising, city dollars, tax credits, insurance or personal capital to get a 30% match from the state.

For Kenya McKnight-Ahad, who in June purchased a building she is redeveloping on West Broadway, getting the maximum state grant amount — $750,000 — would go a long way toward closing her financing gap. She said she was able to get $4 million in tax credits and about $400,000 from other resources.

“This program is perfect, because I can use my existing resources to leverage more money,” she said. “It helps strengthen my ability to maintain ownership without having all this massive debt.”

But even with a support system and networking she developed over decades as a businesswoman in Minneapolis, “It’s overwhelming,” McKnight-Ahad said. If people don’t have resources to piece together the aid that is out there, “they almost don’t have a chance and that’s just the truth.”

The cash being doled out in Minneapolis and St. Paul is the first of two rounds of aid the Legislature approved last session. Another $40 million should be available to businesses in the summer, Minnesota Department of Employment and Economic Development spokeswoman Jen Gates said. That $40 million will be spread across Minnesota and help areas impacted by issues including unrest, natural disasters and COVID-19. About 50% of the second round of funding will go to the metro area, Gates said.

Legislative leaders have not said whether more funding for unrest-damaged communities will be a priority as they contemplate how to use the state’s large expected surplus next year.

“Minnesotans are facing a number of urgent needs and challenges, and House DFLers will consider a number of proposals to help our workers, families, and small businesses during the 2022 session,” DFL House Speaker Melissa Hortman said in a statement.

Senate Republicans want to see the two rounds of money distributed before they look at spending more, spokeswoman Rachel Aplikowski said. By the time the second round is given out, the 2022 legislative session will likely be over.

However, Minneapolis DFL Rep. Mohamud Noor, who strongly advocated for the aid, said analyzing the remaining needs and who has been left behind in the current funding process will be one of his top priorities.

“If it takes even two years then coming back and asking for more, we should do that,” Noor said. “Sometimes government doesn’t function quickly and we’ve got to rely on other options, and other options were helpful. But we can do more and better next time.”