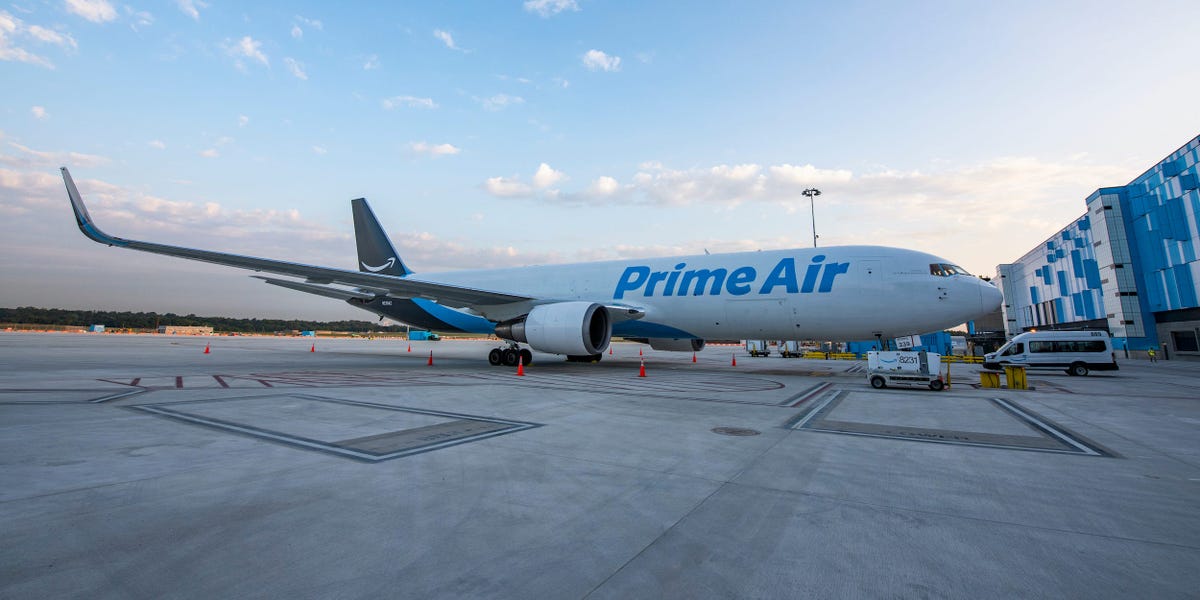 Amazon is looking to buy used cargo planes that would be able to travel long distances, according to a report from Bloomberg on Wednesday.

The company is shopping for 10 refurbished Airbus’s A330-300 aircraft and an unspecified number of used Boeing 777-300ER cargo planes, sources familiar with the issue told the publication. The company is also looking to fill crew positions for the planes. The planes represent some of the largest cargo versions of twin-engine passenger jets in the world, Bloomberg points out.

The move would be a major step in allowing the e-commerce giant to move goods from Asia to the US on its own and it would help the company avoid supply-chain bottlenecks at key US ports. The aircraft would be able to fly goods directly from China to the US, within a few hours’ drive of their final destinations — evading port delays that could tack on over a month to the goods’ delivery date, as well as backlogs at warehouses and railroads.

It is unclear whether Amazon will buy or lease the long-range cargo planes. It is also unknown where the planes will be bought or when they plan to begin using the cargo planes. But, it could be a major step to simplifying supply-chain issues for the retailer and could help them avoid future hurdles. Experts predict supply-chain bottlenecks will continue well into 2023.

A spokesperson for Amazon did not immediately comment on the report.

In January, Amazon expanded its transportation fleet by purchasing 11 Boeing 767 airliners to use as cargo planes. Amazon plans to use a refurbished version of Boeing’s 777 plane next year, Bloomberg reported. The passenger plane-turned-cargo plane will hold about 25% more goods than existing air freighters, the publication said.

If the converted jets are obtained, Amazon will be one of many major retailers to take extra precautions to side-step supply-chain constraints. Earlier this month, Coca-Cola announced it was chartering bulk-shipping vessels that are usually reserved for hauling raw materials like coal, iron, and grain. The month before, Target and Costco also revealed that they had begun chartering container ships in an effort to side-step the shipping delays.

Other companies, including Home Depot, Lululemon, and Peloton, have begun relying more heavily on air freight as well. Though, air shipments are significantly more expensive than transporting goods by sea. A $195 ocean shipment can cost $1,000 by air, according to Freightos. Companies’ movements toward air cargo can also cause backups at airports.

Amazon Air was first launched over five years ago. Since, it has grown to encompass about 75 planes which operate primarily in North America and Europe. Amazon’s further expansion into air freight will also help it compete with the UPS and FedEx.

Do you work in the supply chain? Reach out to the reporter from a non-work email at [email protected]