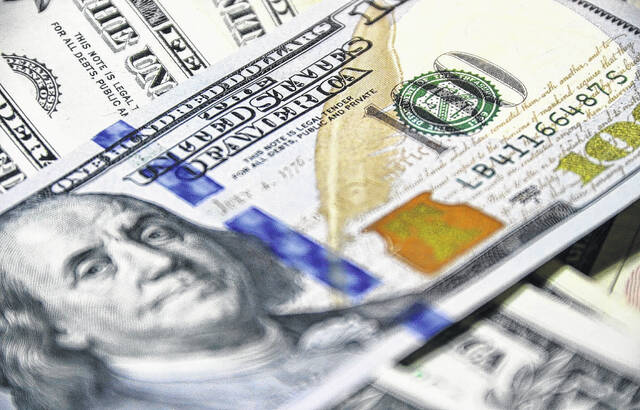 FAIR BLUFF, N.C. – The streets of this Columbus County town that was devastated by two hurricanes in as many years offer a glimpse of progress.

Some of the homes that were destroyed by Hurricane Matthew in 2016 and Hurricane Florence in 2018 have been replaced by ones that sit higher off the ground, with strong, brick bases to protect against rising water.

All of the 32 units in the new River Bluff Point apartment complex are full, a testament to some people’s unwillingness to abandon the small town they call home.

A new town hall, police station and visitors’ center sit across from the site of what local leaders hope will become a new commercial district to replace the existing downtown area that was covered in 4 feet of water during Florence.

Fair Bluff, once a busy tobacco town, has been mapping out what it hopes will be a more hurricane-resistant future that can survive the next big storm, whenever it arrives.

“We’ve got further to go than we’ve come, but it encourages us that we can get there,” said Al Leonard, the town’s part-time planning director.

There are plenty of obstacles, and the biggest is money.

The town is home to 709 people, according to the 2020 Census, marking a 25% decline from a decade earlier. A drop in population, spurred largely by residents losing their homes during Matthew and Florence, means a loss in tax revenue.

So does the closure of businesses on Main Street.

In September, The New York Times shined a national spotlight on Fair Bluff in a story with the headline, “Climate Change is Bankrupting America’s Small Towns.”

But the town isn’t ready to admit defeat, Leonard said.

“In the long run, Fair Bluff will be OK,” he said. “In the short run, things are very, very tough right now – no question about it.”

Mayor Billy Hammond calls the site of the new commercial district “uptown,” a nod to its geography. It is literally higher than the abandoned buildings a few blocks over on Main Street.

Uptown plans include the construction of eight new storefronts that could be rented to potential businesses. The project would be funded by a $4.8 million grant from the U.S. Economic Development Administration, plus $1.2 million from the town.

Construction is expected to begin in 2022, according to Leonard.

Hammond hopes to attract the kind of businesses that commonly make up downtown districts: a hardware store, a barber shop, a cafe.

After all, no one really expected business owners to return to the existing buildings after the latest hurricane.

“You can’t blame them, because it could flood again tomorrow, quite frankly,” Leonard said. “No entrepreneur is going to come in and make investments in our existing buildings.”

Fair Buff doesn’t own most of the existing downtown buildings, but Leonard said the property owners are willing to sell. He’s hoping to secure a state grant for the town to purchase the buildings, and then more grant money would be needed to tear them down and haul them away.

Only if that money comes through will the town be able to make good on plans for a new park at the existing downtown site, Leonard said.

The town, which has an annual operating budget of about $900,000, doesn’t have any money to spare for the project, according to Leonard. He expects Fair Bluff’s spending will exceed its revenue by more than $100,000 at the end of the year.

“The dominoes, we’ve got to line them up and knock them down, and it’s all contingent on funding,” Leonard said. “We’ve got our tin cup out, and we’re going around begging.”

A $1.7 million grant from the Golden LEAF Foundation paid for the new town hall and police station. The state awarded $5 million to the Lumber River Council of Governments to build the new apartment complex, Leonard said.

Despite the threat of a budget deficit, Leonard said he doesn’t think Fair Bluff is at risk of running afoul of statewide standards for local government agencies.

“Once all this recovery work is done we’ve got to adjust our expenditures to meet our revenues,” he said.

Lorie Singletary said she is still waiting for FEMA to deliver a new single-wide mobile home to replace the one destroyed by storms. It’s expected to arrive in March.

Her niece received an elevated double-wide mobile home, she said.

‘I was raised here’

Singletary said she has been living with family members, which is challenging. But she didn’t consider leaving Fair Bluff and resettling somewhere less prone to flooding.

Leonard said no one would have imagined that some residents are still waiting to get back into their homes five years after Hurricane Matthew.

Hammond said some residents displaced by the storms are returning, along with some newcomers. Families longing to live near the beach have recently moved to Fair Bluff from Mississippi, Virginia, Massachusetts and Oregon, he said.

It was unfortunate that the Census, which is conducted every 10 years, occurred so soon after Matthew and Florence, Hammond said. The town will have to wait another decade to again record its Census population, which determines how much money Fair Bluff gets from the state.

Singletary plans to stay, but she worries about storms.