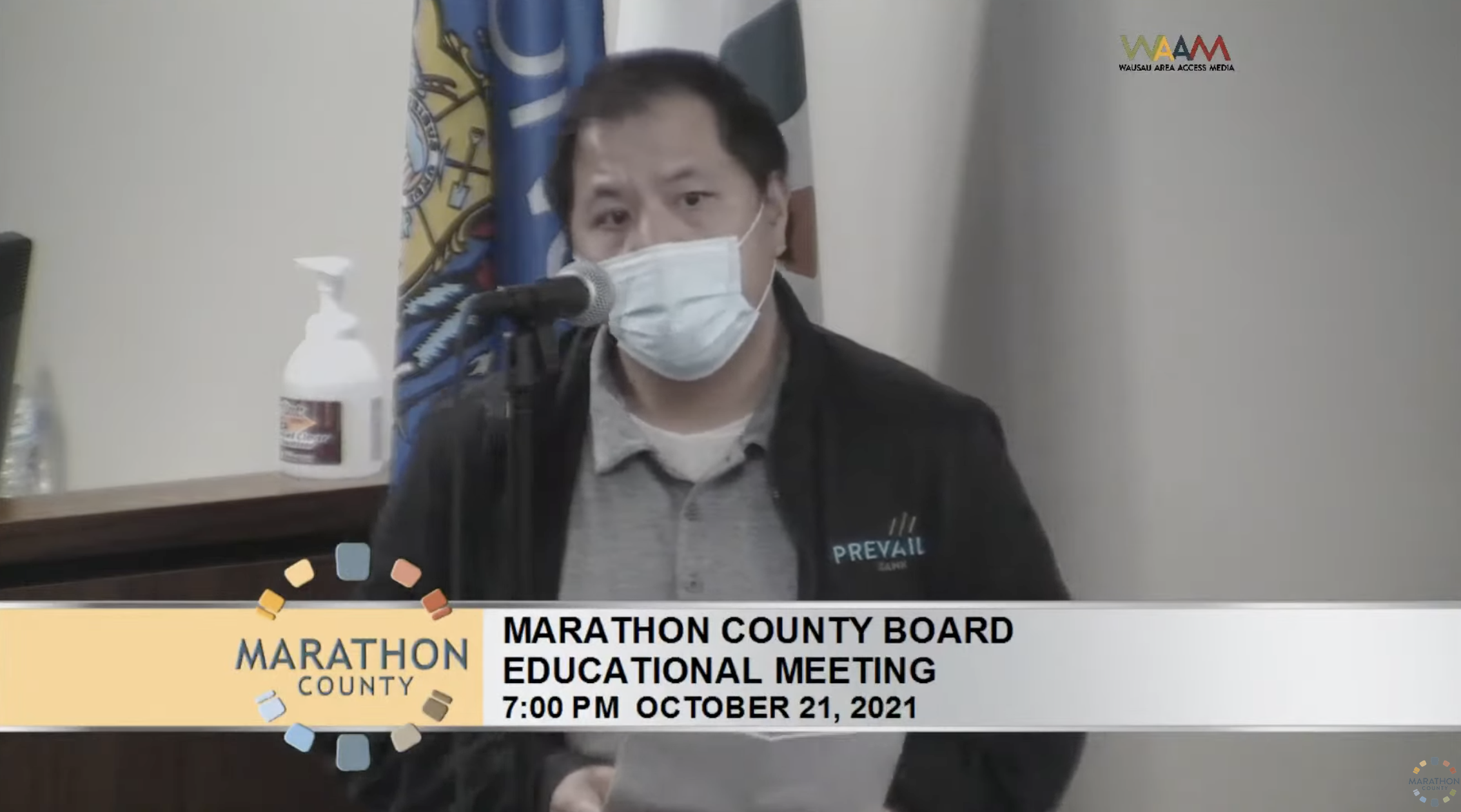 A Marathon County Hmong resident told Board members Thursday that harassment at his workplace and prevailing racism led to the loss of his job at a local credit union.

Kham T. Yang, a finance executive who has lived in Marathon County since 2007, said he is in the midst of settlement negotiations with his former employer over his July 2019 dismissal. The Equal Rights Division of the Wisconsin Department of Workforce Development confirmed the complaint and shared the status of the case with Wausau Pilot & Review.

Jennifer Sereno, communications director at the DWD, acknowledged the complaint and said an Equal Rights Division investigator issued a split decision on the matter, finding in favor of Yang on allegations of race-based harassment but in favor of the credit union on allegations of discriminatory discharge of his employment.

In his complaint, Yang alleges that on at least three occasions, credit union members refused to work with him because “they did not like the Asian guy.” Those instances, dating back to 2019, are detailed in the complaint

Sereno said Yang has appealed the ‘No Probable Cause’ finding. The next step, she said, is a hearing on the issue of probable cause with respect to those findings.

The hearing has been set for January 2022 and would become unnecessary if the credit union and its former employee reach a settlement.

“At all times during the process, the parties can discuss settlement,” Sereno said.

Yang said the financial institution offered to pay his attorney’s fees in lieu of dropping the case, while he has asked for differences in lost wages since he was fired in July 2019. Now employed, Yang had been out of job for six months. Wausau Pilot & Review has not been able to verify the settlement negotiation aspect.

Yang, during the public comments portion of Marathon County Board of Supervisors meeting last week, said his experience underscores the need for the county to send a message of inclusion and diversity.

This was the second occasion in which Yang spoke publicly about the allegations. On Sept. 29, he shared his account with the county’s Diversity Affairs Commission and a few days later with Wausau Pilot & Review. He said he was fired for complaining to his supervisors about the “racist remarks” by a relative of the CEO at the credit union.

“This is exactly why we need the ‘Community for All’ resolution,” Yang told Wausau Pilot & Review. “It is because we don’t have that kind of resolution that people get away with racism.”

The proposed Community for All diversity resolution failed at a meeting of the County Board of Supervisors in August.

Now, Yang says he intends to leave the county – and said his move is a direct result of racism he personally experienced.

“I’m moving my family out…Marathon County is very racist,” Yang told supervisors on Thursday. On occasions, he cried while speaking publicly about the workplace discrimination he says he experienced.

Yang, referring to discussions on the failed CFA resolution, said he was surprised by some supervisors’ remarks and their denial of racism in the county.

Yang told Wausau Pilot & Review that his firing and subsequent period of joblessness caused emotional and financial hardships on his family.

Wausau Pilot & Review is not naming the credit union until the matter is fully settled.

Damakant Jayshi is a reporter for Wausau Pilot & Review. He is also a corps member with Report for America, an initiative of GroundTruth Project that places journalists into local newsrooms. Reach him at [email protected]