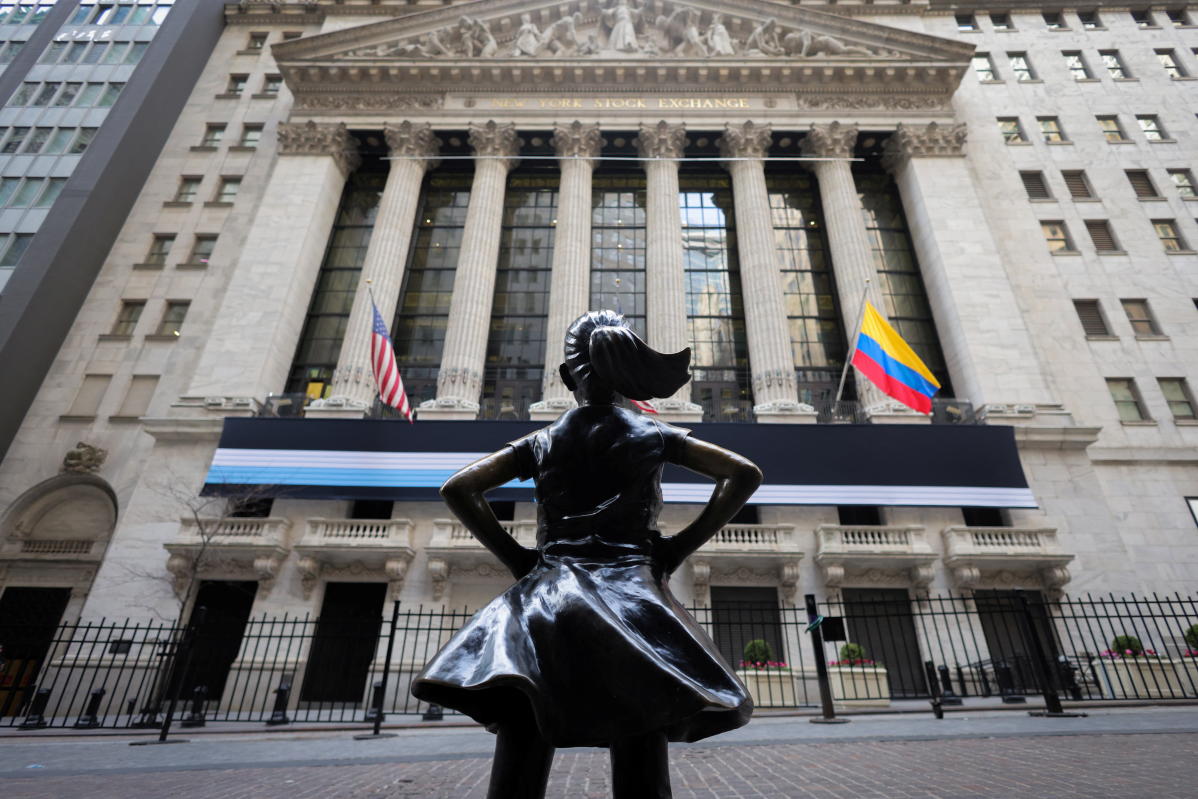 U.S. stocks rose Tuesday, clawing back from a sell-off that started the week as investors assessed fresh inflation data out of Washington that showed prices in March further accelerated to a new 40-year high.

The S&P 500 climbed 0.7%, and the Dow jumped roughly 130 points at the start of trading. The Nasdaq Composite gained 1.1% after closing sharply lower on Monday. Meanwhile, Treasury yields slightly retreated, but the benchmark 10-year yield remained above 2.7%, the highest level since January 2019.

The moves follow a down day on Wall Street to start the week marked by mounting worries of an economic slowdown as war in Ukraine, COVID-19 lockdowns in China and the prospect of a more aggressive Federal Reserve weigh on sentiment. Investors look ahead to the start of earnings season and more economic data set for release this holiday-shortened trading week.

Markets are weighing the latest gauge on inflation in the U.S. The Bureau of Labor Statistics’ (BLS) Consumer Price Index (CPI) rose 8.5% in March compared to the same month last year, according to the latest report released Tuesday. The figure marks the fastest rise since December 1981 and follows a 7.9% annual increase in February. Heading into the report, consensus economists were looking for an 8.4% jump for March, according to Bloomberg data.

The red-hot print comes as investors grapple with the likelihood Fed officials will act more aggressively to combat inflation after a hawkish readout of minutes last week from the central bank’s March meeting suggested “many” policymakers “would have preferred a 50 basis point increase” in benchmark interest rates last month.

“I think the Fed is already committed to an aggressive rate hike outlook,” Charles Schwab Chief global investment strategist Jeffrey Kleintop told Yahoo Finance Live on Monday. Tuesday’s CPI data “may not have as much impact [on the markets] as it might’ve, say, a few months ago.”

Although investors are largely prepared for the likelihood Fed policymakers will be more combative in their inflation-fighting efforts, worries have emerged that a ramp up in monetary tightening may cause an economic contraction. Strategists have begun to discuss the possibility of a recession more widely in recent weeks, notably with economists at Deutsche Bank recently warning central bank measures could materially slow growth in the second half of 2023.

Some have said it’s too early to make such a call but that the possibility is on the table.

“I would say that it’s probably closer to a coin toss that the economy will be moving into recession by the end of the year,” said Dreyfus and Mellon Chief economist and macro strategist Vince Reinhart on Yahoo Finance Live.

JPMorgan is the first mega-bank to unveil first quarter results Wednesday as it kicks off the earnings season. Analysts estimate the company will report earnings per share (EPS) of $2.72, according to Bloomberg consensus estimates.

Financials have lagged the broader market meaningfully year-to-date amid concerns over U.S. bank ties to Russia and worries of an economic slowdown. In his recent annual letter to shareholders, JPMorgan CEO Jamie Dimon warned the bank is positioned to lose as much as $1 billion over time as a result of the war.

Although the major bank said it is not worried about its direct exposure to Russia, the institution is concerned about the “secondary and collateral effects” the crisis and sanctions pose on so many companies and countries.

Shares of athletic apparel retailer Lululemon (LULU) rose as much as 6% to the highest intraday level since Jan. 3 following an announcement the company will broaden its trade-in and resell program “Lululemon Like New” nationwide.

Lululemon Like New will be available to customers across the U.S. starting on Earth Day, April 22 after a successful two-state pilot in 2021. The retailer will reinvest 100% of profits to support its Impact Agenda, including making 100% of products with sustainable materials and end-of-use solutions by 2030.

LULU was up 4.4% to $384.80 per share as of 12:14 p.m. ET, likely boosted by an up date in the broader markets after CPI data came in less severe than anticipated, with the core figure coming in just below the consensus numbers.

Here were the main moves in markets during Tuesday’s opening bell:

U.S. consumers paid more for a variety of goods and services in March compared to the prior month as price levels across the economy continued to accelerate amid persisting supply and demand disruptions.

The Bureau of Labor Statistics’ (BLS) Consumer Price Index (CPI) rose 8.5% in March compared to the same month last year, according to the latest report released Tuesday. That marked the fastest rise since December 1981. This followed a 7.9% annual increase in February. Heading into the report, consensus economists were looking for an 8.4% jump for March, according to Bloomberg data.

With definitive signs of a peak yet to be seen in inflation, members of the Federal Reserve have escalated their rhetoric on using monetary policy tools to bring down fast-rising prices. Last week, Fed Governor Lael Brainard said that bringing down inflation was “our most important task,” while San Francisco Fed President Mary Daly said that high inflation was “as harmful as not having a job.”

Here’s how the main indexes fared in futures trading ahead of Tuesday’s opening bell:

Confidence levels among small business owners across the country further waned in March, and a higher number of mom-and pop-shop operators reported inflation as their single most important concern, a survey out Tuesday showed.

The National Federation of Independent Business said its Small Business Optimism Index dropped 2.4 points to 93.2 last month to mark the third straight month of readings below the 48-year average of 98. The index has declined every month this year so far.

Of respondents, 31% identified inflation as their single most important problem, up 5 points from February’s survey. The figure is the largest share of participants citing inflation as their biggest concern since the first quarter of 1981, also replacing worries about “labor quality” as the number one problem confronting small businesses.

Here’s where markets were trading ahead of the overnight session on Monday: