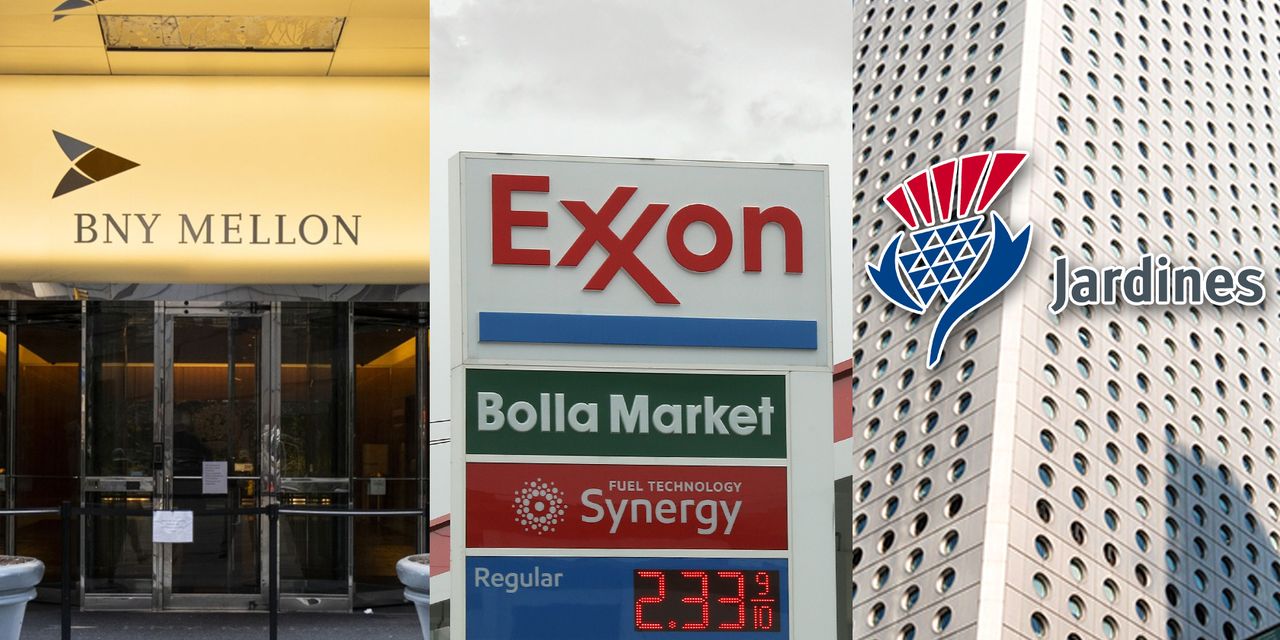 Stocks have been on a rocky road this year, as investors have tried to anticipate every possible move by the Federal Reserve to combat inflation.

Value strategies have held up better than growth strategies. But rather than focusing on indexes, investors might be well-served in diversifying with conservatively run companies selected by value managers with a global perspective.

One example is the First Eagle Global Fund
SGIIX,
which takes a value approach across several asset classes. The fund is rated five stars (the highest rating) within Morningstar’s “World Allocation” category.

First Eagle Investments is based in New York and has about $110 billion in assets under management. Kimball Brooker, a co-manager of the First Eagle Global Fund, discussed the firm’s philosophy of selecting conservatively run companies for value. He made the case for three companies.

These are great companies and SPY has very low expenses. But its high concentration in tech-oriented stocks sets the stage for something many investors simply aren’t used to: tepid returns during a cycle of high inflation, rising interest rates and possibly a recession as the combination leads to slower spending by consumers.

U.S. inflation hit a new 40-year high in March, with the consumer price index rising 8.5% from a year earlier, according to the Bureau of Labor Statistics.

A long deflationary period had investors used to excellent returns in the stock market. More recently, massive economic stimulus through the federal government’s direct payments to consumers, along with the Federal Reserve’s actions to keep interest rates very low, made stocks even more attractive.

But times have changed, as the stock market is showing us this year. Investors may have to get used to a different environment in the stock market, in which index funds may no longer seem to be such a safe bet.

Now look at the 20-year return for the First Eagle Global Fund’s institutional share class compared to that of the S&P 500 through 2021:

If we go back to five-year numbers through 2021, the First Eagle Global Fund returned 54% while the S&P 500 returned 133%. But the 20-year chart shows the benefit of diversification with significant outperformance for First Eagle’s active international value strategy.

The First Eagle Global Fund has close to $50 billion in assets under management. Its portfolio had a 42% concentration in U.S. stocks as of Dec. 31, with 36% in non-U.S. stocks, 14% in gold-related investments, 7% in cash and equivalents, and 1% in bonds.

During an interview, Brooker said that the rising interest-rate environment had been especially harsh for tech companies trading at high valuations because they tend to have “cash flow way out in the future that you are discounting today.”

And the discounts will be higher when interest rates rise, he said.

“Our preference in our portfolios is to hold companies that are producing cash today,” Brooker added.

He named three examples of companies held by the First Eagle Global Fund that he argues are excellent values right now:

Bank of New York Mellon Corp.
BK
doesn’t focus on the traditional business of lending. It has a tremendous securities custody business and also a $2.4 trillion asset management business as of the end of 2021.

Within the asset management unit are money market funds, which are mutual funds designed to have fixed share prices of a dollar. Traditionally, money market funds have higher yields than bank accounts while being fully liquid. Money funds do this by investing in commercial paper and government securities with a typical average maturity of 90 days. But since the credit crisis of 2008, there have been long periods with very low yields for three-month U.S. Treasury bills
BX:TMUBMUSD03M.
The three-month yield was only 0.06% as of Dec. 31, but it has now risen to 0.76%.

For years, with interest rates near zero, Bank of New York Mellon and competitors were forced to subsidize the money market funds. Otherwise they risked “breaking the buck,” which would mean a decline in the share price and possibly a fund closure and massive losses.

Ending the subsidies during this period of rising interest rates may eventually lead to an increase in Bank of New York’s annual earnings by as much as a $1 billion, according to Brooker. That’s an incredible figure, when compared to the company’s 2021 net income of $3.77 billion.

“For three years, the company has had average net income of $4 billion, while paying dividends of about $1 billion a year and doing $3 billion a year in buybacks,” Brooker said. BK’s current dividend yield is 2.83%.

With low credit exposure, Bank of New York Mellon would have a much easier time navigating a decline in credit quality during a recession than banks focused on lending.

Brooker called the bank’s price-to-earnings valuation “undemanding.” Bank of New York Mellon’s stock trades for 9.9 times the consensus earnings estimate for the next 12 months among analysts polled by FactSet. This compares to forward price-to-earnings ratios of 11.3 for the S&P 500 banking industry group and 19 for the full S&P 500.

Jardine Matheson — a conservative play on the reopening of Asia

Jardine Matheson Holdings Ltd.
SG:J36
is based in Hong Kong. The company’s shares held by First Eagle are listed on the Singapore Exchange. There is also an American depositary receipt:
JMHLY.

Jardines was founded in 1832 and moved its headquarters to Hong Kong in 1844. The company is a conglomerate that trades at a forward P/E ratio of only 9.4, according to FactSet. “As a sum of the parts, since many components are public, we believe it trades at a significant discount,” Brooker said.

Brooker emphasized that Jardines has a strong management team and low debt. He also said U.S. investors getting used to a post-pandemic economy may not realize that much of Asia is still partially locked down, with Shanghai as a current example.

Brooker said that while U.S. investors are justifiably concerned about the validity of accounting for some Chinese companies, Jardine Matheson’s accounting is “above board, in our view.” He added that most of the company’s business exposure is in Indonesia.

Publicly traded units that are controlled by Jardine Matheson include:

Shares of Jardines have a dividend yield of about 3.50%, with payments made twice a year.

Exxon Mobil Corp.
XOM
was the First Eagle Global Fund’s second-largest stock holding as of Feb. 28, making up 2.7% of the portfolio.

When asked about the influence of activist investors, led by Engine No. 1, who gained a presence on Exxon’s board of directors, Brooker said that this has been seen as a “big win for ESG efforts.” But he went on to say that what was really happening was “more complicated,” and that the board was was focusing on the efficient allocation of capital.

Looking far ahead, Brooker expects Exxon and other major integrated oil companies to be “part of the solution to climate risk.”

Shorter-term during a time of so much disruption for world energy markets, he sees Exxon as a compelling play because of the diversity of its business and energy assets, especially in the U.S. and Canada.

He pointed to higher risks for companies that have their oil-producing assets in specific regions. In contrast, “Exxon can move capital around to where its best and highest use is,” he said.

The First Eagle Global Fund’s largest position as of Feb. 28 was gold bullion, which made up 11.1% of the portfolio. Here are the next nine positions to round out the top 10 holdings:

Click on the tickers for more about each company.

Click here for Tomi Kilgore’s detailed guide to the wealth of information available for free on the MarketWatch quote page.

Don’t miss: These income strategies can help protect your stock investments from inflation and a recession