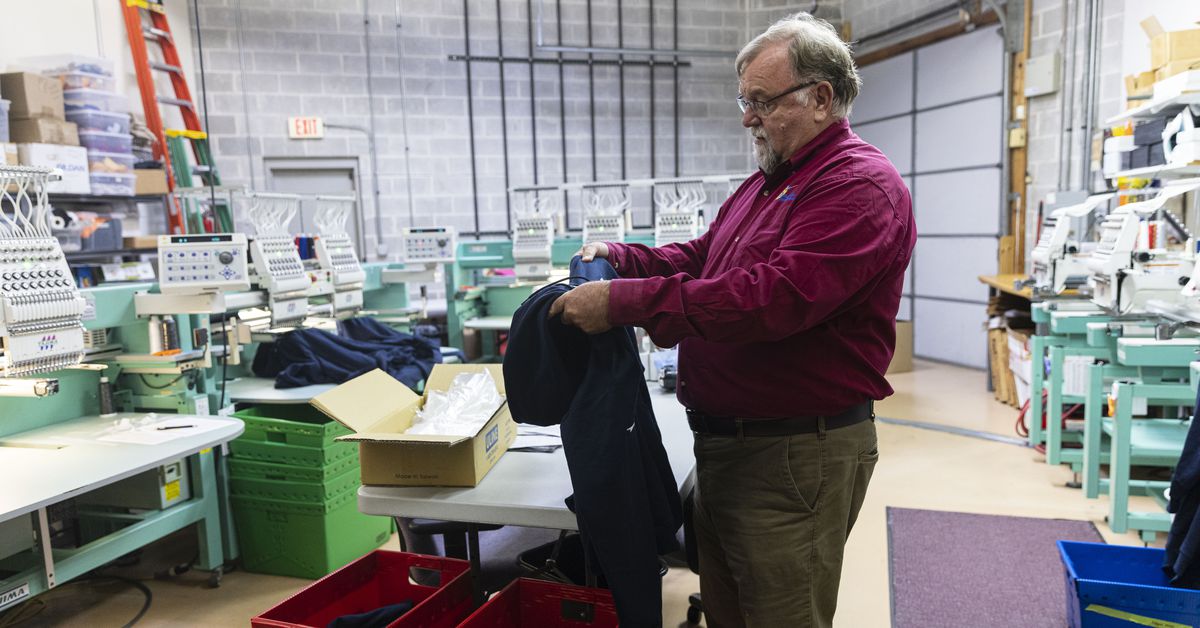 After a three-month stretch last year without a single order coming in, Gary Glenn felt immense relief when 2021 rolled around.

Glenn, co-owner of StitchMine Custom Embroidery in Glenview, congratulated his employees for getting through a year unlike any other, gave each a bonus and thought the worst was over.

Then, in February, a vendor ran out of red, size large Nike shirts, then XLs.

“Now, there is nothing,” Glenn says. “If you put a gun to my head, I couldn’t get you a Nike shirt.

“We started with maybe one out of four or five orders where we’d have a back order,” he says. “Now, it’s every order.”

From chorizo to bike gears to plastic cup lids, Chicago-area small business owners are struggling in the face of the global supply chain disruption that began with coronavirus pandemic-related production and shipping slowdowns and shows no sign of letting up.

“The twin challenges that we have right now are that the factories that are decorating these goods are either a) not having enough supply coming in or b) they don’t have enough employees to get the merchandise decorated and out the door fast enough,” says Blunt, who’s been in business about 30 years.

Items she buys that used to take three to five days to make are taking 10 to 20 days to roll off the production line. So if someone wants to place an order for delivery even a full month out, she says, “I’m going to be worried about can I get you something in time.”

Patrick Berger isn’t involved with manufacturing, and he’s not a middleman, but he’s been hit by similar problems at his West Loop restaurant, Kaiser Tiger. Berger says he’s had to take his traditional Irish breakfast off the menu because a supplier in Ireland no longer can deliver the black-and-white pudding he needs.

“Every week, our vendors are out of stock of something,” Berger says. “It was so severe I couldn’t get simple things like flour — or, at least, the particular flour that we use. So we are constantly substituting. We are constantly 86-ing items off the menu. Things that used to infuriate me, I’m just rolling with the punches now.”

He says customers get it, hearing about supply chain issues all the time now, but they’re less understanding about the problems he and many restaurants have had holding onto staff.

“Most don’t notice,” Berger says of the shortages. “The ones who do seem to be sympathetic. Where we’re missing sympathy with the customers is with service. They don’t understand why there is one server for 15 tables, and they are not getting the topnotch service they usually do.”

Demetrios Panos, who owns YiaYia’s café in Hinsdale, says after two pandemic-related lockdowns last year that left him looking out at 150 empty seats, he has a better perspective regarding shortages and delivery problems.

He’s had a hard time getting everything from bulk chorizo to chicken breasts to small-size to-go cups. So, when someone buys a small drink, he’s had to give it to them in a big cup — potentially awkward for delivered orders.

“The delivery person came in to say, ‘If I take this big cup with a half-filled orange juice, my customers are going to think that I drank it,’” Panos says.

Unlike a lot of businesses, Timeless Toys is doing better this year despite — or even because of — the supply chain problems, says Scott Friedland, vice president of the independently operated store in Lincoln Square.

He says that’s because things already were so bad last year. Back then, the store could get only about half of the stock it normally would have — and at a time of soaring demand for puzzles, games and toys with so many people stuck at home and looking for entertainment.

So he planned for the problems to continue this year. He over-ordered to compensate for that, and he did much of his ordering for later in the year in May to help ensure the store would be well-stocked for the holiday season.

“People were putting out warnings, and I listened,” Friedland says.

Some of the newest must-have toys and games have been delayed, but sales overall are good.

“People are buying a lot more this year,” Friedland says. “Retail is up like crazy. It’s one of the highest years I can ever remember in retail.”