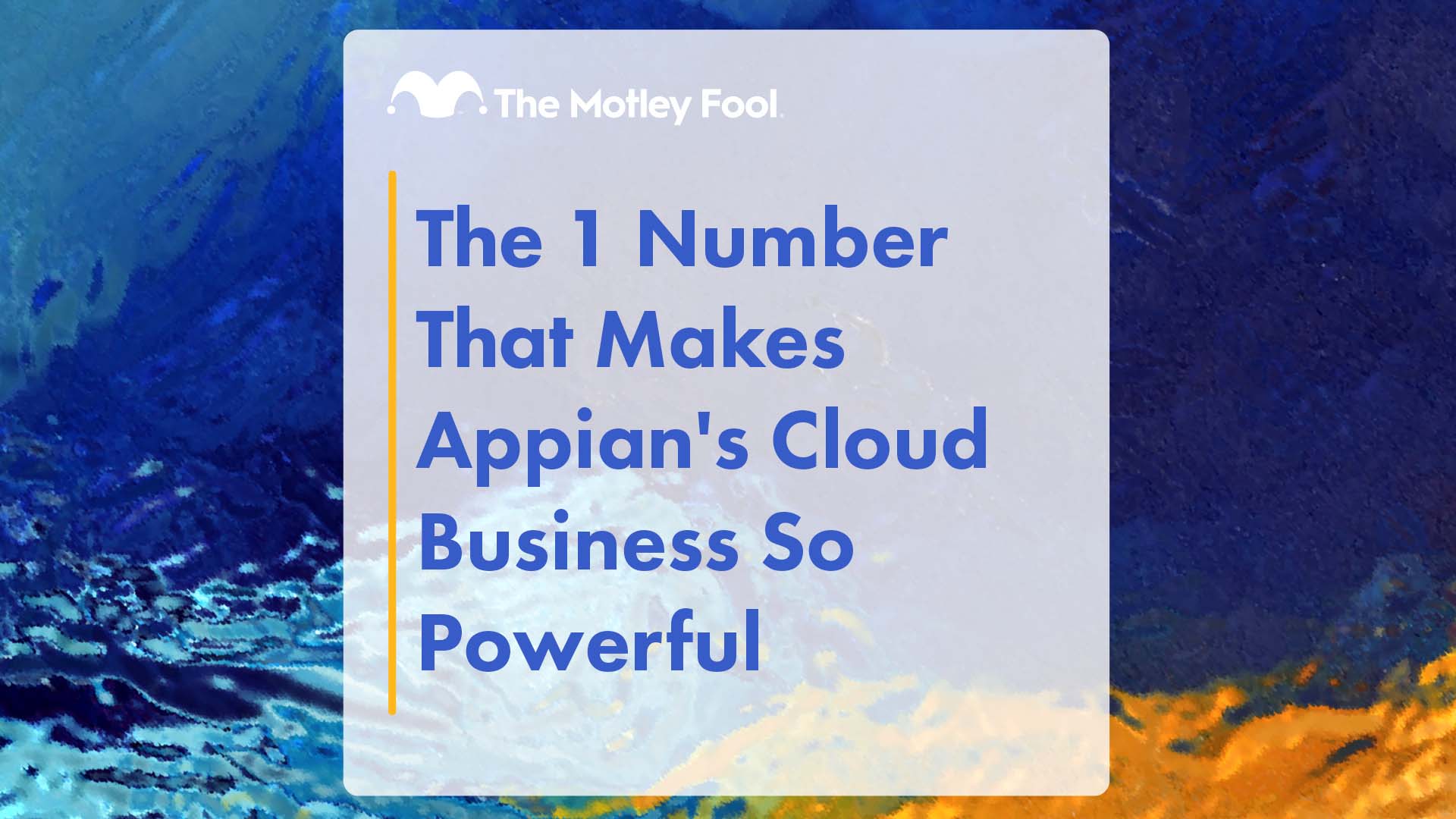 Gross margin is a key metric to watch in cloud-subscription businesses. That’s because gross margin shows how much money a cloud company is able to reinvest in the business. In this segment of Motley Fool Beat and Raise, recorded on Oct. 8, Fool contributors Nicholas Rossolillo and Jeremy Bowman discuss why Appian’s (NASDAQ:APPN) gross margin, above 90% at times, bodes well for the company’s future.

Nick Rossolillo: Then I’ll start to share the slide where you talked about that, Jeremy, but specifically just the cloud subscription business. This is what Appian likes to focus on every quarter when they report their earnings results. You’ll see this Cloud subscription revenue metric called out specifically, and this is what they’re talking about. This is quickly becoming their bread and butter, but it’s going to take some time.

Jeremy Bowman: If you look at the two numbers on the right too the profit margin that’s referring to their gross margin, 88 percent, I’ve seen it at 90 percent, some quarters too. That’s an outstanding number. What that means is that the cost to run the vloud subscriptions is only 10 percent of the revenue it’s bringing in. The company can take the 90 percent of the revenues bringing in, and spend that on R&D, and marketing, and reinvest it in the business. That’s a great number to have too, because that should stay the same or even increase as the company reaches scale. Makes you believe that Appian is going to be profitable in the long term, the company today isn’t currently profitable we should say that, but that’s a good indicator, and then the 121 percent too, that net revenue retention, that’s just means the amount of revenue it’s keeping from existing customers. On average, it’s growing revenue from their current last year’s cohort of customers by 21 percent. That’s pretty solid growth as well.

Nick Rossolillo: Absolutely. That’s a good way to think about that net revenue retention, existing customer they spend a dollar last year and spending a $1.21 this year. That’s always a good metric. In addition to picking up new customers with their sales force, existing customers like the product so much, they’re saying, “Hey, give us more of that we need it for more projects. It’s helped us so much behind the scenes streamline our operations. We’re going to use it more.”

Jeremy Bowman: You have this model in land and extend all the time in Cloud software. That’s what that’s all about, getting new customer and growing your business with them. I think the 99 percent retention rating helps explain why they’re able to do that.